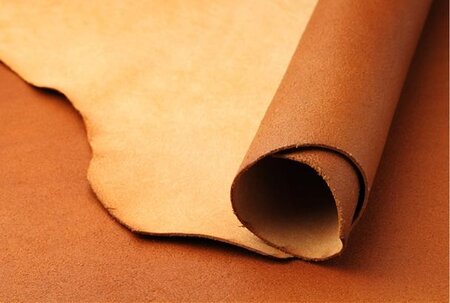 In recent months, there have been multiple articles in popular media outlets questioning leather’s status as a byproduct of meat or dairy production. Although his is still sometimes a misunderstood concept, when examining the evidence, it is quite clear that hides are indeed a byproduct of these food-producing systems.

To support this statement, this article uses the USA as a case study and provides independent, verifiable facts, sourced from the U.S. Department of Agriculture (USDA) about the economics of a hide in cattle and beef production. It will affirm the status of the hide (and thus, leather) as a pure byproduct of meat and dairy production. The USA is an advantageous case study in this respect due to the large amount of public, third-party market data available for analysis. However, it should also be noted that USA cattle hides fetch higher market prices than hides originating in less-developed beef and dairy productions systems around the world due to product quality and logistics efficiencies. If the same level of robust market data were freely available in less developed cattle and beef production systems, the status of cattle hides as a byproduct resulting from those systems would be further reinforced due to the lower prices those hides typically fetch.

It’s important to begin with an overview of the U.S. cattle industry. In total, there were approximately 94.4 million head of cattle in the U.S. as of January 2020. About one third of those animals will be processed for meat during the year, a total of about 33 million head, and those animals will be replaced with more or less the same number of new calves born during the same period. Typically, 80% of the animals processed for beef each year will be bred specifically for that purpose: steers and heifers are born and raised on grass pastures and finished in feedlots for the last 4-6 months of their lives. The other 20% of processed animals are primarily dairy cows that have reached the end of their productive lives (about 10% or 3.3 million head), as well as breeding cows and bulls that are no longer capable of producing new calves. The beef-specific animals will be processed around the ages of 24 – 30 months, while the dairy and breeding animals will likely be a few years older when they are processed. All of this information and more about the U.S. cattle herd is available in a bi-annual report authored by the U.S. Department of Agriculture and distributed by Cornell University: https://usda.library.cornell.edu/concern/publications/h702q636h.

Cattle are marketed to meatpackers based on their live weight. A typical beef animal weighs approximately 1,300 – 1,400 pounds when it is processed (https://www.nass.usda.gov/Charts_and_Maps/Livestock_Slaughter/calvwgx5.php). Meatpackers and cattle producers price the animals using a “hundred weight” system (also referred to as “cwt”), meaning the price of the animal per 100 live weight pounds. Therefore, if the current market price of cattle is around $110 per cwt, then a live 1,300-pound animal is worth $1,430 USD in total ($110 x 13 = $1,430). Live animal prices are tracked publicly in the U.S. via the Chicago Mercantile Exchange: https://www.cmegroup.com/trading/agricultural/livestock/live-cattle.html

Meatpackers likewise sell meat on a hundred weight basis, along with many of the non-meat products such as tallow, offal, bones, etc. The non-meat products make up what is colloquially referred to as the “drop credit” in the industry. Drop credit values are reported daily by the USDA: https://www.ams.usda.gov/mnreports/nw_ls441.txt. The hide is also part of the “drop credit,” but it is sold on a per-piece basis rather than on a hundred weight basis. It varies from animal to animal, but on average a typical U.S. beef steer hide weighs approximately 65 pounds. However, the weight of the hide has only a marginal impact on the total price per piece, as other leather-specific quality factors play more important roles in overall value of the hide.

Prices of hides on a per piece basis are reported daily by the U.S. Department of Agriculture’s Agricultural Marketing Service: https://www.ams.usda.gov/mnreports/nw_ls448.txt. Prices vary depending on specific leather-producing quality factors of each hide, such as whether it is from a cow or steer, whether the hide contains a brand or other dermal blemish, the region of the U.S. where it was raised, etc. As of December 8, 2020, the price of a U.S. cattle hide on a per piece basis varied between $9.50 for a hide from a Southwest region branded cow (one of the least valuable hides in terms of leather quality it will produce), to $38.50 for a hide from an unbranded heavy beef steer (considered one of the best in terms of resulting leather quality).

For context, that is $9.50 - $38.50 in value for the whole hide from animals that were valued approximately $1,200 - $1,400 or more when they were sold live to the meatpacker. It should also be noted that these prices typically include some value-added activity as well, such as salt curing and excess tissue removal (“fleshing”). Depending on the firm, it costs anywhere from $1 to $3 per hide to flesh, trim, and cure a “green” hide to prepare it for leather tanning purpose. Therefore, unprocessed, un-cured “green” hides would fetch even lower prices if they were traded in the marketplace in this state.

Historically, the drop credit accounted for between 8-10% of total live animal beef steer value. That means the meat of the animal, the primary product, accounted for between 90 – 92% of the animal’s total live value. Traditionally, hides, on average, were the most valuable portion of the drop credit, contributing 6 to 8% of the total value of live U.S. beef cattle. However, in recent years, and especially in 2020, total drop values were averaging slightly below 7% of total value of the animal, with hides only representing about 1%.

For hides from cows, which are generally considered less valuable for leather-production purposes, the hide represented less than 1% of the value of the live cow for much of 2020 (https://www.ams.usda.gov/mnreports/nw_ls444.txt). The value of some cow hides and low-quality steer hides has been so low in recent years, that it did not cover the cost of retrieval and processing, forcing many meatpackers to simply discard the hides in a landfill or otherwise destroy them. Nevertheless, the animals continued to be processed, irrespective of the price or demand for the hide.

Returning to the hide’s status as a byproduct, the term “byproduct” itself has many definitions depending on the context where it is applied. There are technical definitions for “byproduct” in legal forums such as environmental and waste management regulations, for example, as well as sustainability or Life Cycle Assessment (LCA) contexts, and others. However, for general discussion purposes outside of technical forums, a simple definition from the Merriam-Webster dictionary will suffice. The dictionary defines byproduct as:

1: something produced in a usually industrial or biological process in addition to the principal product

2: a secondary and sometimes unexpected or unintended result

The economic drivers for the beef and dairy industries are the prices of meat and dairy products, as they relate to input costs, such as land availability and use, veterinary inoculations, and animal feed.  The number of cattle produced is not influenced by the value or demand for leather, considering hides currently represent only approximately 1% of the value of the processed animal. Additionally, as 2019 and 2020 have demonstrated, even when a hide is considered essentially worthless, animals are nevertheless still processed for their meat. That is because the meat is the primary product, and the hide is a byproduct that will be produced irrespective of the demand for leather. Hides are thus considered to be byproducts of the meat and dairy industry. And the production leather is a useful process that converts a byproduct, that has little other uses, into a durable material.